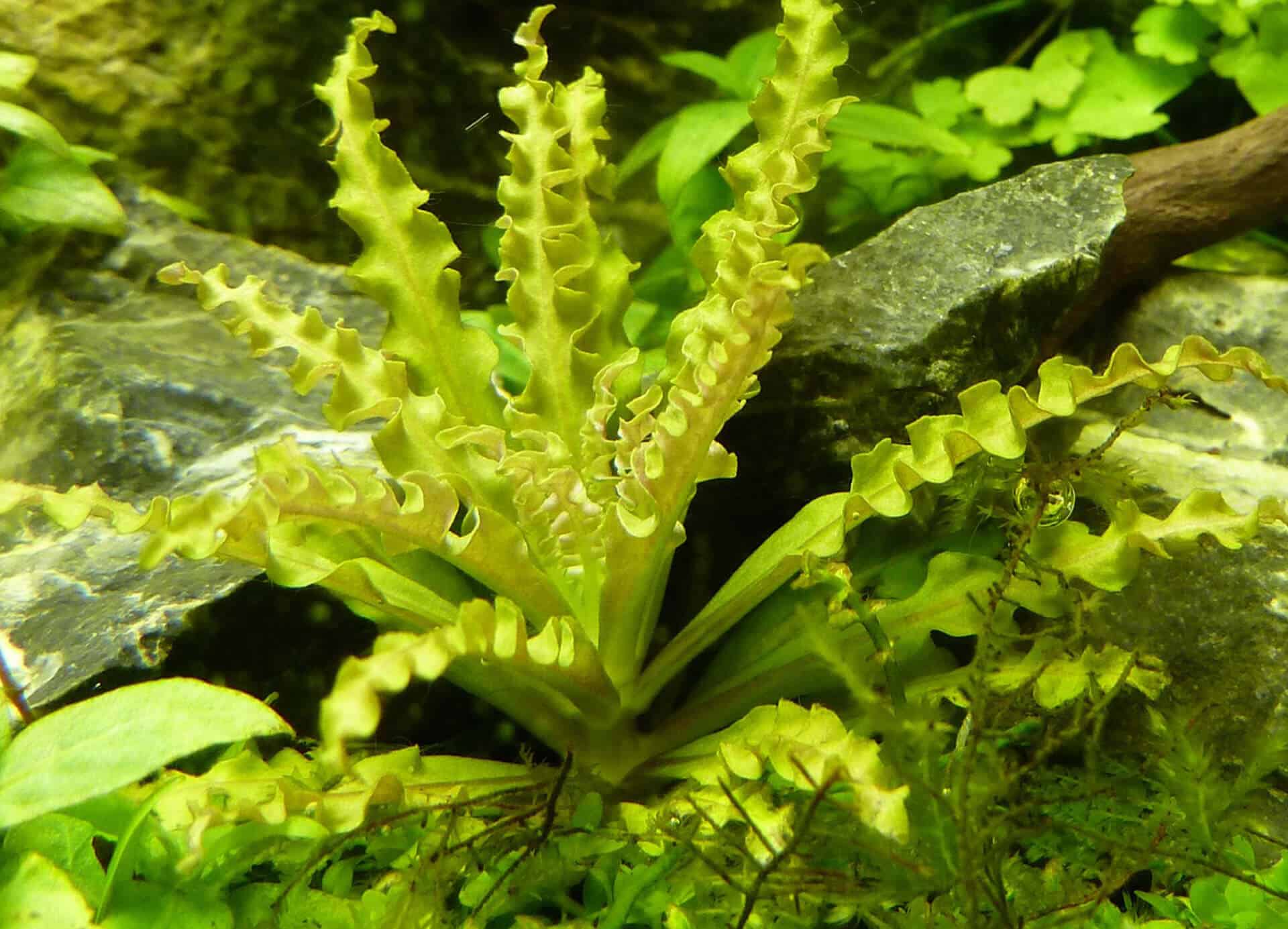 Talking about aquascape won't be complete without mentioning about the plants.

It can be argued that there are countless of aquascape plants we can choose out there, each offers distinctive beauty, pros, and cons.

While in this article, we are going to discuss some interesting facts that I've gathered about a beautiful not-so-small plant called Pogostemon Helferi.

Back in May 2011, the Tropical Fish Hobbyist Magazine chose this beautiful flora as the plant of the month.

Asian countries, especially the ones located near the equator, are known as the heaven of aquatic plants.

This time, we are talking about Thailand, especially near the border with Myanmar (also known as Burma), where the Pogostemon Helferi was discovered.

I don't think it's hard to guess why this beautiful aquatic plant is called the little star. Doesn't it?

The 5 to 10 cm tall and wide appearance is the reason behind it. Downoi is also familiar with its curly leaves and distinctive green color.

Has been around for 120 years before known for aquascape

Nonn Panitvong and Arthit Prasartkul discovered that this plant could be used in aquascaping in 1996. But it doesn't mean that people didn't know anything about this plant at all before 1996.

This plant has been around in the world of science for 120 years (or even more).

Was first found at the stream edges

To understand how we can integrate this beautiful plant into our aquarium; first, we have to know its origins, especially its natural habitat.

When first found in the border of Burma and Thailand, the discovered found it in streams edges. And now we know that this plant grows best when put on limestones.

Natural dense mats of plants in the wet season

During the wet season, with the abundant supply of water, downoi submerges from the streams, and they keep on growing to create beautiful green dense mats.

With effective placement, you can also achieve the very same dense mats in your aquarium.

Less than an inch tall in the dry season

Dry seasons in the tropics last for about six months. The less water supply always forces plants to adapt, and in this case, Pogostemon Helferi does it well.

When the dry season comes, these plants are more exposed to the sunlight, which cause itself to grow smaller to about 1 inch.

How to grow broader and darker downoi? More nitrogen!

Nitrogen is one of the essential elements on chlorophyll, which is one of the most important "ingredients" for photosynthesis to take place.

Adding more nitrogen supply to Pogostemon Helferi will cause them to grow wider and produce darker green leaves.

But if you want to boost its growth even further, don't forget to increase the lighting intensity, it will promote compact growth. By Kham Tran - www.khamtran.com (Own work) [GFDL or CC BY 3.0], via Wikimedia Commons

What exactly is Mentha?
Perhaps, you better know it as the mint leaf.

Shockingly, Downoi (little star) is a distant cousin to the mint leaf that you usually find in your drink, candy, traditional medicine, room aromatherapy, and many others.