If there’s one fish that aquarists around the world seek the most, it must be the Platinum Arowana.

You may have seen or even own one of the silver or red types, but the one we're talking about here is special.

The visual appearance of this freshwater fish is so captivating, and it is not surprising well-off collectors are willing to fork over a hefty price to be its next owner.

What is the exact reason which makes the Platinum Arowana such a coveted pet fish? Read on to find out more about this tropical fish and discover why we consider the fish as the most expensive type of Arowana.

What is Platinum Arowana in the first place?

The Platinum Arowana belongs to the tropical freshwater fish species, which we can often find in Southeast Asia. 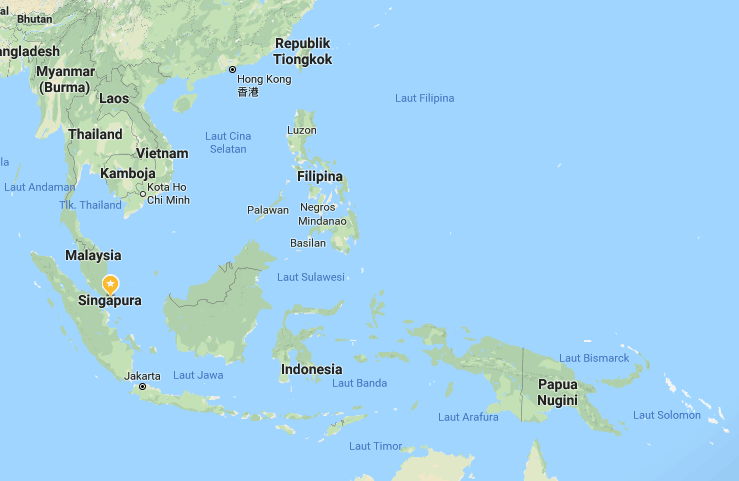 Due to the place of its habitat, people call it the Asian Arowana or sometimes called the dragon fish. And its boom and popularity in Asia are closely related to the local mythology.

While we can often find the fish in the Asian region, other known habitats of this fish also include Australia and South America.

Collectors consider Platinum Arowana a primitive fish because of its visual appearance.

Many believe the current species of Arowana came from primitive fish and have kept the distinguishing characteristics of such fish (like its body shape) as they evolved over the centuries.

If we are talking about the fish's classification, Arowana belongs to the Animalia kingdom, with chordate as its species, Actinopterygii as its class, Osteoglossiformes as its order, and Osteoglossoidei as its suborder.

We can classify the Arowana genera into three types:

If you ask what's the most striking aspect of the fish, that would be its bony appearance, with a long slim body that can grow up to three feet long when in the wild.

What perhaps makes it the most expensive Arowana are its shiny, metallic-like scales, and its color or lack thereof, which people claim to be the rarest form of Arowana.

The lack of color on the Platinum Arowana’s body is due to a rare genetic mutation. Due to its color, some of us may recognize as the Snow White Arowana or Snow Arowana.

The lifespan of a typical Arowana can reach up to 15 to 20 years or more even in captivity, so long as how well we take care.

The Traits of The World’s Most Expensive Arowana

Arowanas might have inherited even the traits of their predecessors. Still, you can't forget they are fierce predators, a characteristic of the primitive fauna from which it evolved from, dating back to the age of the dinosaurs.

While we all know it's famous for its unique beauty, the Platinum Arowana can be aggressive, even more aggressive when it reaches adulthood.

If you’re planning to keep one, don't forget to have the aquarium all to itself, as the Arowana thrives better when it is alone or without a companion or mate.

Considered as a predatory fish, the Arowana is brilliant and intuitive when catching prey.

It is a powerful swimmer and can even fly to catch its prey, such as insects and even tiny birds.

The Platinum Arowana’s unique look (whiskers that protrude from its chin) and the way it rolls just like those paper dragons that are being paraded every Lunar New Year are perhaps the reasons they call it the dragon fish.

The similarities as well have brought forth the belief that this rare breed of Arowana can bring luck and prosperity.

No wonder why many hobby aquarists covet this beautiful fish, to the extent that some are willing to pay a hefty price for it. Such a rare breed can even fetch up to six figures or at least $300,000.

Good luck or not, what makes the Platinum Arowana the most expensive Arowana, however, is the rarity of its breed. This means we only have a few of this Arowana breed that exists in the world.

But how did the Platinum Arowana become notorious for its price?

Popularity wise, the "dragon" became famous in 2007 when a Singaporean fish breeder became so eager to bring this Arowana back home to the extent he didn't mind paying an enormous amount to own such a rare breed.

Born with a platinum color, which is rare for any Arowana, made the fish so valuable and high priced.

How To Care For A Platinum Arowana

To pet such a rare breed in anyone’s aquarium deserves utmost care and attention. If you’re planning to have one, you must know of the diet it consumes every day and the habitat it can thrive in.

As a predatory fish, the Platinum Arowana feeds on meat, such as crickets and shrimps. It prefers worms, crab meat, and small frogs when you keep one in an aquarium. Note that this type of Arowana prefers its meal on the surface of the water.

At the juvenile stage, the Platinum Arowana prefers live foods, such as small fish, live brown worms, or tadpole larva. You can also train this fish to consume pellet sticks and frozen food chunks.

Feeding time varies depending on the age of the Arowana. We should feed the babies at least thrice a day while young or medium-sized ones should take their meals two times per day. We can feed adult Arowanas once or every other day. No matter the age, you need to supply your Arowana with a variety of meaty foods to maintain a well-balanced diet.

When keeping one in an aquarium, make sure your tank contains at least 75 gallons of water. Note that it needs a spacious room for growth as the Platinum Arowana can grow significantly within 8 to 10 months.

Make sure as well you’re using a water filter and essential fish tank equipment to ensure the health and growth of your fish. As mentioned, this Arowana prefers to be alone, so better keep it without a mate or companion.

Since they’re scarce and closely related to local mythology, Platinum Arowanas are so limited, and if you stumble upon one, you need to shell out at least $400,000. They consider them as an endangered species, which makes trading of this fish illegal and almost impossible to buy.

3 comments on “Last Guide to Platinum Arowana You’ll Ever Need.”