How do fish mate? 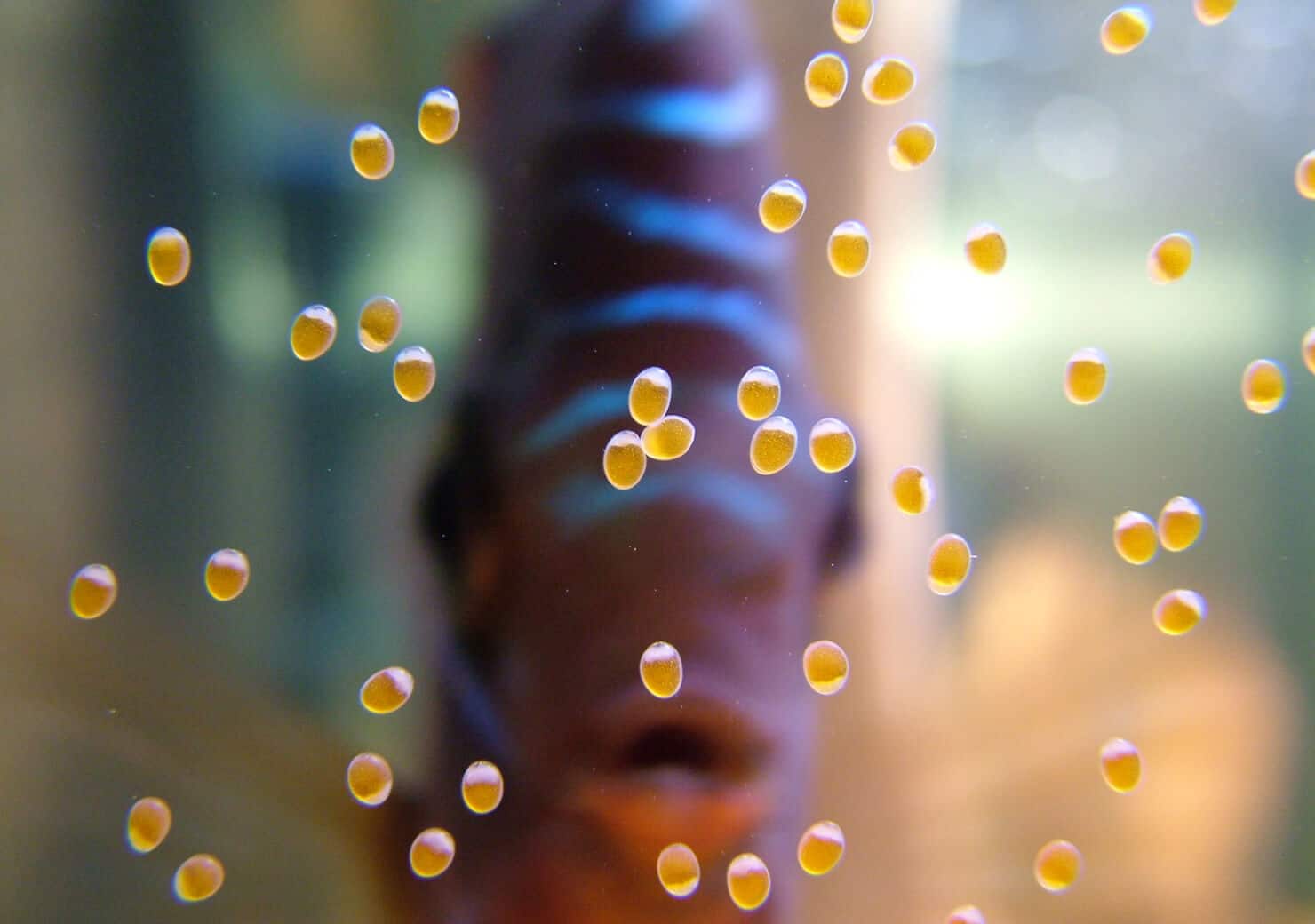 Here is a simple question: how do fish mate?

The majority of you who have come here may answer: they lay eggs.
Simple, and to the point.

But is that true?
It's partly right, but not entirely.

There are lots of methods that different fish species adopt to reproduce. And this article will cover all of them in details.

Why don't we get started?

Reproductive Anatomy of the Fish

Before we continue to the main discussion, which is the methods that fish use to make babies. You have to familiarize yourself with the reproduction organs they have.

The primary reproductive organs of fish include the ovaries and the testes.

Most species have paired gonads bearing a similar size (gonads) that can be wholly or partially fused.

Apart from the above organs, fish also have genital papilla, a fleshy, small tube at the back of the anus on some fishes where the eggs or sperms are released. You can tell the gender of the fish just by looking at the shape of the papilla.

The sexual anatomy of male fish entails two testicles of the same size; only sharks have a bigger testicle on their right side. The jawless fish, on the other hand, have just one testicle found on their body midline.

Female fish have ovaries that feature tunica albuginea and follicular cells. Each ovary may have as many as millions or sometimes hundreds of fertile eggs.

If we group all fish based on their mating methods, we can conclude that there are two main groups to categorize all known fish:

Note that the two above are the main groups, egg laying, in particular, has different subcategories that we will discuss in details.

Egg laying is one way that fish use for reproduction and it involves the eggs growing until they hatch into fry after seven to ten days.

As far as the scattering method is concerned, the fish will scatter its eggs in different areas, and the male will follow behind it and fertilize the eggs.

The male and its female will go around to complete the task at hand. Both male and female will not stop until both finish the process, so forget about multi-tasking!

Once fertilized, the two will both take on the role of protecting the eggs from any danger until they are old enough to take care of themselves. Much like human parents do all the time.

Substrate spawners reproduce by using saliva to attach their eggs to various surfaces like rocks, aquarium glass, plants, or wood.

The females will leave the eggs there, and the male will come to fertilize them.

Bubblenest on the other hand, are different because the male fish will blow bubbles for the female to lay its eggs next to the surface of the water where there was a source of food and maximum oxygen.

The other method among the egg layers is the mouthbrooders that entail an incubation period once the eggs are laid by the females and fertilized by the males.

During the incubation period, either of the parents will take the eggs and keep them in their mouth until they hatch.

Can you imagine that? Keeping their fragile eggs in their mouth for days or even months.

There are many fish families that include mouthbrooders. Some of them are:

One good example is the arowana. 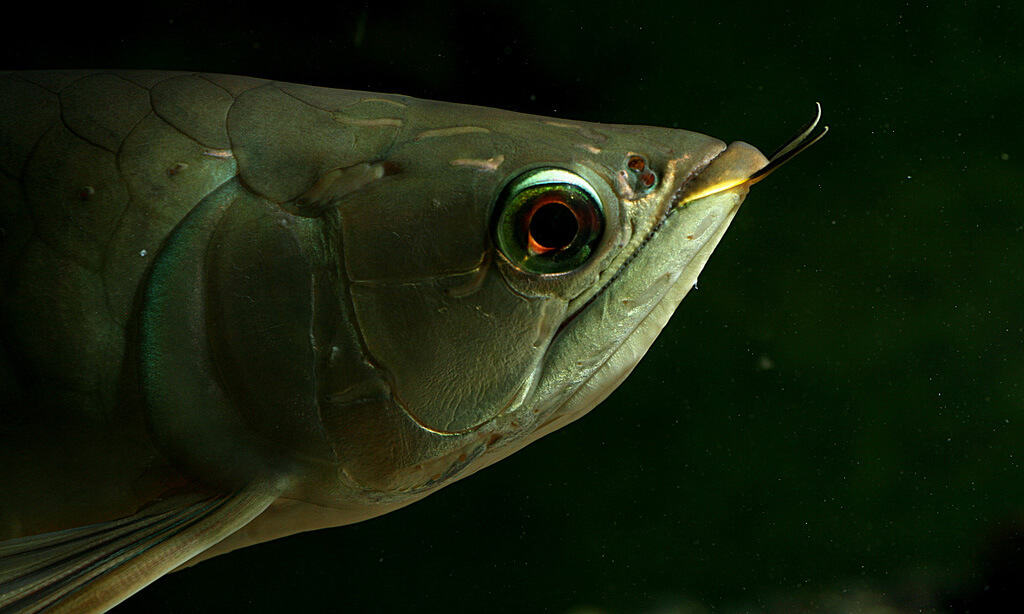 Broadcast spawning is very unusual because both male and female release their eggs and sperms about the same time, in the same vicinity, and their fertilization just takes place by chance.

According to Paleontological Research Institution, this method is also known as mass spawning or synchronous spawning. Some species with this reproduction method are sea anemones, limpets, clams, jellyfish, and fan worms.

The fry that comes to this fertilization has to be resilient because unlike the others that originate from the above methods of fertilization, they will not get any help from their parents.

Sounds too hard for the young, ones but I guess we can call it some tough love. The young fries are expected to keep fending for themselves until they become adults.

With this method of fertilization, the sad reality is that the babies have to part ways into various destinations which sometimes go for miles away.

The live-bearing mating process entails the male using his fin to fertilize the female who will then remove the live fry after one month.

Once female release its young babies from its body, the young will be able to swim because they have fully formed. A good example of fish that use this method for reproduction is guppies.

Most people do not know this, but the female will no longer need the male to reproduce without the help of the male after using this method to hatch her fries.

The fins used for live-bearing have different names like gonopodium, andropodium or claspers.

Their names depend on the species; the guppies boast of a trait known as superfetation that lets them produce many batches of fries from just one mating activity.

The females are the ones that store the eggs for fertilization and provide them with more food and protection.

In goodeids, the mother can give nutrition to her embryo through an organ that looks like a placenta.

In the above methods, both the female fish and the male fish have to be present for fertilization to take place.

Interestingly, there is another way that doesn't require both male and female to be present. We can simply call this as unisex fish, where they only need themselves.

These fish are born female, and will always reproduce female as well.

But being alone without any male is heck boring, don't you think?

These unisex fish will still be mating with males from different species (but closely related), but only the females will not use the male's sperm in the process of making the offspring.

The last method that fish use to mate is called hermaphrodites.

The fish that adopt this approach have both female and male reproductive organs.

It doesn't stop here; there are also those that were once male and changed into female and vice versa. The sea bass exhibit this change of gender and it can be quite confusing if you have been keeping track of its gender.

Is there any other example of hermaphrodites? Of course, and this is a fish you should have already know from the movie "Finding Nemo".

Note that the anemone fish isn't fully hermaphrodites, they are sequential. They are born as males, and they turn into female when they become adult.

Fish are the 3rd most popular pets after dogs and cats in the UK. Even though they have a massive base of fans, not many of them know how they reproduce.

Some beginner aquarists might even think that they can just buy a bunch of the same species and hope they can somehow reproduce without any help. Well.. they can, but it would be "faster" if we know how they breed so that we can at least prepare the breeding environment for them.

A point to note is that fish do not reproduce at the same time.

Some fish can produce right after they hatch/born, while others may start breeding after some years.

The smaller sized fish reproduced earlier compared to the bigger ones. Size and age are the main factors contributing to reaching maturation and reproduction of the fish.